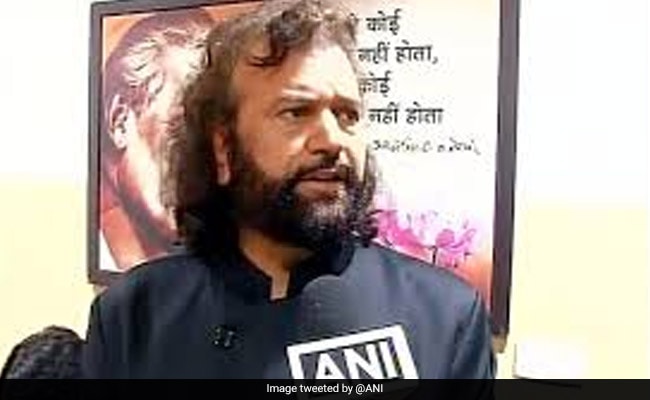 A BJP MP has written to his party colleague and Uttar Pradesh Chief Minister Yogi Adityanath to take “strict action” against officials who went ahead with the hasty cremation of a woman who was gang-raped and died after battling for her life in a hospital in Delhi.

“Clarification should be sought from those officers who without consent of the family cremated their daughter in a hasty manner at 2 am (Wednesday). If any officer is found guilty, strict action should be taken against them,” Delhi BJP MP Hans Raj Hans said in the letter on Wednesday.

The woman from Hathras in Uttar Pradesh had suffered multiple fractures, paralysis and a gash in her tongue in the horrific assault that drew parallels to the 2012 Nirbhaya gang-rape case.

The woman’s body was taken to her village in Hathras, about 200 km from Delhi, after midnight. As her family and villagers suspected the UP police wanted to complete the last rites right then, in the middle of the night, they insisted that this was “against their tradition”; the woman’s father pleaded with the police to be allowed to take her home and cremate her in the morning.

Hans Raj Hans, who represents north-west Delhi reserved constituency, said the crime has “shocked” him and the entire country, and he hoped the “culprits will be taught a lesson so that a message is sent across the nation that any injustice to women will not be tolerated.”

Amid spiralling outrage, the Hathras police claimed the cremation was carried out with the family’s consent and some members were present. It turned out to be one uncle – not her parents – who was called and shown the cremation.

The UP police, which is under scrutiny over alleged lapses throughout the case, has been accused of rushing the cremation in a desperate cover-up attempt.