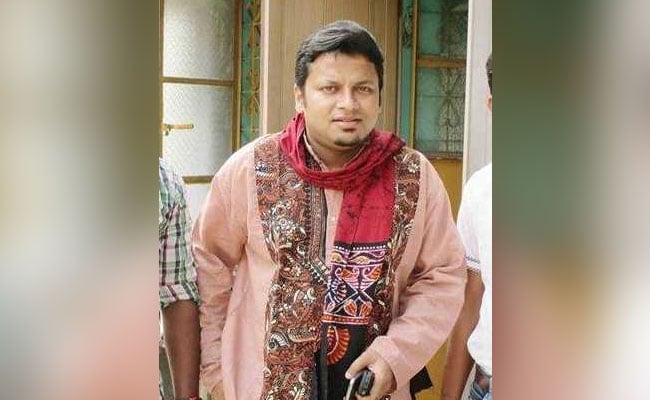 A BJP leader, who had said he would hug West Bengal Chief Minister Mamata Banerjee if he gets COVID-19, has tested positive for the virus.

He had complained of uneasiness and his samples were tested for coronavirus, the report of which returned as positive, the officials said.

A police complaint was filed against Mr Hazra earlier this week after his controversial statement of “Covid hug”.

On Sunday, Anupam Hazra, a former MP from Bengal’s Bolpur, who joined the BJP in January 2019, was quoted as saying, “If someday I am found Covid positive, I will go to Chief Minister Mamata Banerjee and hug her. She will understand the pain of those who have suffered the disease and have lost their near and dear ones during the pandemic.”

A complaint was filed by Trinamool Congress’s Refugee Cell for derogatory remarks against a woman and head of the state. It sought action against Mr Hazra for maligning a public figure, who is a woman, in violation of the Constitution and hurting the sentiments of the complainants. The police complaint was filed at the Siliguri police station in Darjeeling district.

West Bengal has more than 2.6 lakh coronavirus cases with 5,017 deaths.