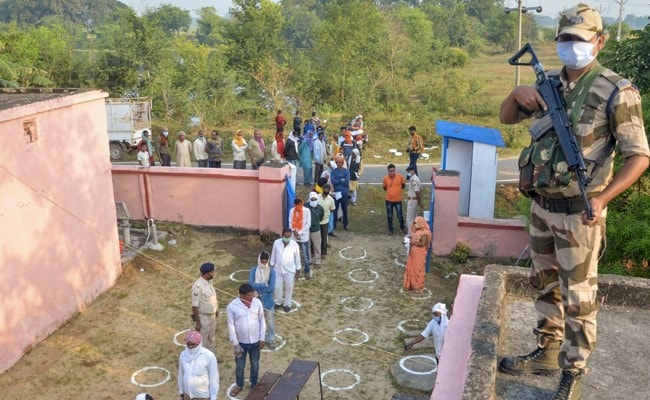 Ninety-four of Bihar’s 243 seats will be up for election today.

Patna, Bihar:
Ninety-four of Bihar’s 243 seats are up for election today in the second phase of the assembly polls in the middle of a bitter campaign, where Prime Minister Narendra Modi is spearheading the NDA attack with a series of rallies. The key candidates include Tejashwi Yadav, the Chief Ministerial candidate of the alliance of Rashtriya Janata Dal, the Left parties and the Congress, whose massive rallies have drawn a direct barb from the Prime Minister. “Crown prince of Jungle Raj” was what PM Modi tagged him last week as the RJD leader’s rallies assumed mammoth proportions. By-elections for 54 assembly seats across 10 states will also be held today.

Here’s your 10-point cheatsheet to this big story: