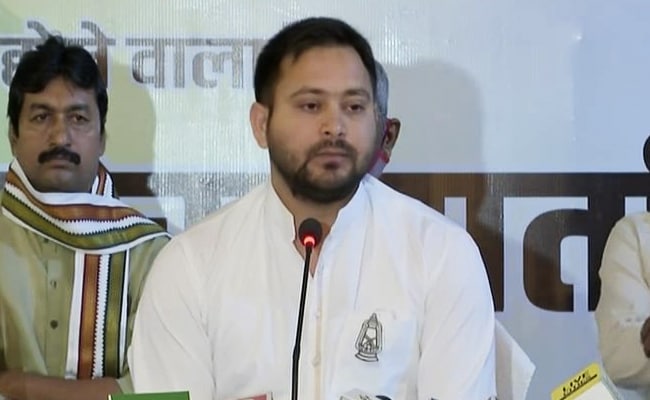 “Nitish Kumar should tell why people of Bihar cannot complete their graduation in 3 years,” he asked.

RJD leader Tejashwi Yadav once again attacked Chief Minister Nitish Kumar on Sunday for reportedly issuing a ”decree” for the retirement of government employees at the age of 50 years and said if he”s elected to power, the age will be increased.

“Nitish Kumar has issued a decree asking to give retirement to government employees at the age of 50 years. He himself has become over 70 years, but this time the public is going to retire him. If our government is formed, we will increase the retirement age,” Mr Yadav said.

He also attacked the Chief Minister for the poor state of the higher education system and asked why does it take more than three years to complete under-graduation in Bihar.

“Nitish Kumar should tell why people of Bihar cannot complete their graduation in 3 years, why does it take them 4-5 years,” he stated.

Bihar went for the first phase of assembly elections on October 28. The remaining 172 assembly constituency of the 243-member Bihar Legislative Assembly will go for polls two more phases — November 3 and November 7 — and the results of the elections are scheduled to be declared on November 10.