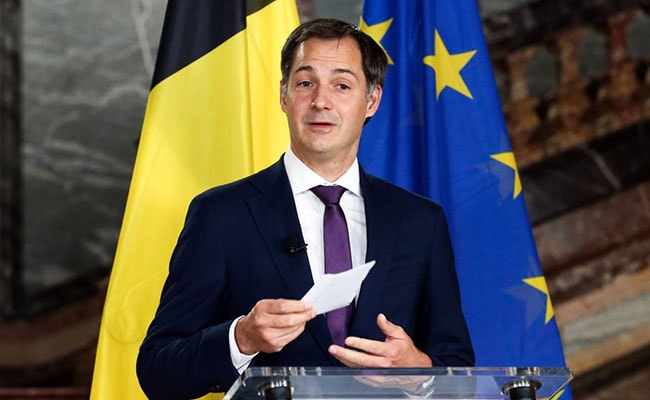 Flemish liberal leader Alexander De Croo will be Belgium’s new prime minister at the head of a seven-party coalition government, it was announced Wednesday — 16 months after an inconclusive election.

De Croo’s French-speaking socialist rival Paul Magnette confirmed that the parties had chosen the 44-year-old finance minister as premier. He is to be sworn in on Thursday by Belgium’s king.

By choosing a Flemish leader, the incoming government hopes to balance the fact that its parliamentary base will be drawn from mainly French-speaking parties, with the main Dutch-speaking groups in opposition.

“We flipped a coin and it came down to Alexander and it’s an excellent choice,” Magnette joked at the end of the press conference to present the outcome of the negotiations.

Belgium has had no governing majority for 21 months since the collapse of former leader Charles Michel’s government, and it has been 493 days since federal elections failed to resolve the crisis.

Leaders from seven parties met until the early hours on Wednesday before coming to an agreement on a government programme and cabinet line-up to be presented to King Philippe.

De Croo will replace French-speaking liberal leader Sophie Wilmes who has served as acting premier during the coronavirus epidemic but never wielded a parliamentary majority.

The new coalition will bring together two socialist parties — one French-speaking, and one Flemish — two liberal parties and two sets of greens.

The CD&V, a party of Flemish Christian democrats will also join, but the larger Flemish nationalist N-VA, which was in government between 2014 and 2018 will leave power.

Belgium’s House of Representatives is expected to meet on Thursday to endorse the new government.

The country has been governed by a minority coalition since December 2018, when the N-VA abruptly left Michel’s government during a row about immigration.

The legislative election of May 2019 saw gains by various green and fringe groupings, further fragmenting the political landscape and making it harder to build a majority around the traditional parties.

Belgium has a long history of political instability and previously went without a government for 541 days in 2010 and 2011.