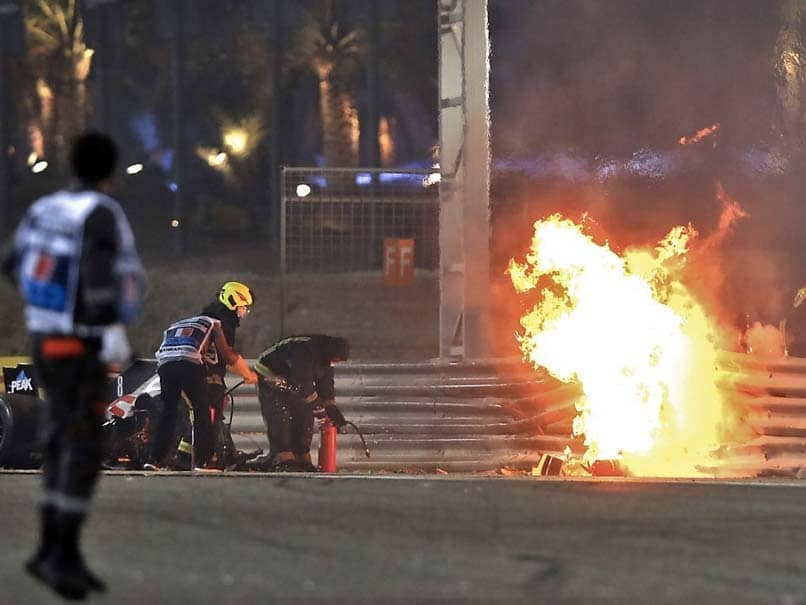 
Romain Grosjean escaped from a horrific first-lap crash at the Bahrain Grand Prix on Sunday when his car split in two and burst into flames. The French driver’s Haas skewed into a barrier on turn three, coming out the other side ablaze and in two parts. Track marshals at the scene helped Grosjean clamber over the barrier to safety as they extinguished the fire. A clearly shaken Grosjean was taken back to the pits by the medical car at the Sakhir Circuit.

STEINER: “Romain is doing okay, I don’t want to make a medical comment but he had light burns on his hands and ankles. Obviously he’s shaken… I want to thank the rescue crews who are very quick. The marshals and FIA people they did a great job, it was scary”#BahrainGP pic.twitter.com/lWbZd17ynw

The race was immediately red-flagged and the rest of the cars filed back to the pit lane.

Serie A: Lazio Cruise Past City Rivals AS Roma