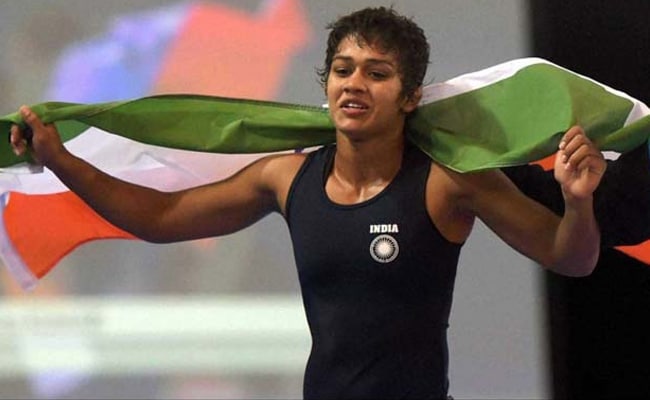 Champion wrestler and BJP leader Babita Phogat, who unsuccessfully contested the 2019 Haryana Assembly election, has resigned as Deputy Director of the state’s sports department, triggering speculation she will campaign for the party ahead of a bypoll in Sonipat district next month.

There is also speculation she may even contest in the election herself. Ms Phogat is scheduled to meet Haryana Chief Minister Manonhar Lal Khattar today.

In a brief letter to the Principal Secretary of the sports department Ms Phogat said she was resigning because she of “unavoidable circumstances”.

“I had recently joined as Deputy Director in sports department but due to unavoidable circumstances I may not be able continue with my services,” she wrote.

The bypoll for the Baroda seat in Haryana’s Sonipat is scheduled for November 3. Individually the seat makes little difference to the BJP – the party holds 40 seats in the 90-member Assembly.

However, not winning a seat in a Jat-dominated constituency is unlikely to appeal to the party, particularly as protests against the farm laws sweep across the state.

The seat has been held by the Congress’s Sri Krishnan Hooda since 2009.

Ms Phogat, 30, joined the BJP in August last year along with her father Mahavir Phogat, just before the Haryana elections. A three-time Commonwealth gold and silver medalist, the two inspired the 2016 Bollywood blockbuster “Dangal” – starring Aamir Khan – that chronicled Babita and her older sister’s journey through the male-dominated world of wrestling.

She had been very supportive of the central government’s policies, including the move to scrap special status for Jammu and Kashmir, before joining the BJP.

“I am a very big fan of Narendra Modi. I have been his fan since 2014. He has worked a lot for the country. I think everyone would like to join the BJP,” she said after joining the party.

Earlier this year she triggered controversy after she linked the coronavirus pandemic, which has infected over 67 lakh in India and killed over 1.04 people, to an Islamic sect. Her social media post divided social media users, with #SuspendBabitaPhogat going up against #ISupportBabitaPhogat.