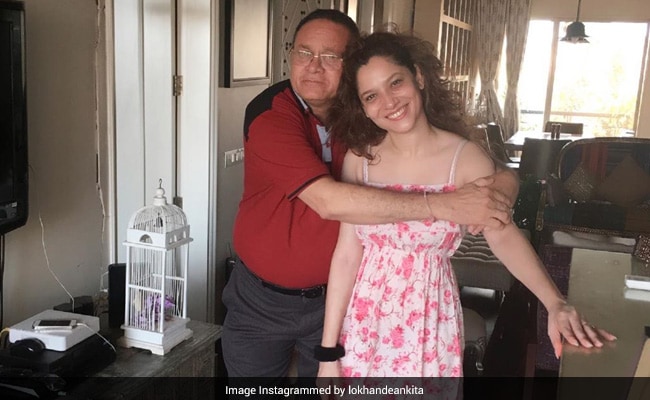 Actress Ankita Lokhande, on Thursday revealed that her father, who was admitted to Mumbai’s Lilavati Hospital, has returned home. Ankita poured her heart out in her homecoming note for her father and wrote: “Papa you are back from the hospital and nothing will ever make me happy more than you and your good health. I promise to take care of you unconditionally and forever just the way you have been doing it for me and for us as family.” Last month, Ankita had revealed that her father was in the hospital, without sharing further details about his medical condition. Ankita also added a thank you note for her fans and well-wishers, who prayed for her father’s speedy recovery: “Thank you everyone for prayers and love.”

On Daughter’s Day, Ankita dedicated a post to her parents, in which she wished her father a speedy recovery. Addressing her father, Ankita wrote: “Get well soon, Paa and come home soon, Paa. I love you to the moon and back. Happy Daughter’s Day to me and to all the daughters in the world. Parents are priceless.”

Most of Ankita Lokhande’s Instagram posts are about the importance of family. Last week, she shared a note about the “seven wonders” of her life, which include her parents and siblings, among others. Can you replace these seven wonders of your life? No I don’t think so,” Ankita captioned her post.

Ankita Lokhande, a TV star, stepped into Bollywood with Manikarnika: The Queen Of Jhansi and then also starred in Baaghi 3. Ankita is best known for featuring in shows such as Ek Thhi Naayka, Shakti – Astitva Ke Ehsaas Ki and Pavitra Rishta, which also starred Sushant Singh Rajput.