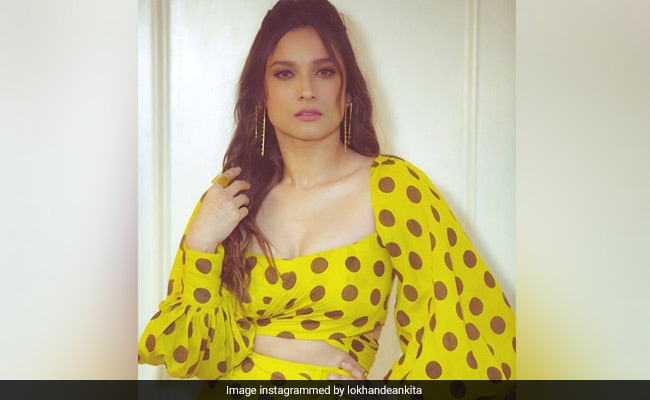 Actress Ankita Lokhande, who co-starred with late actor Sushant Singh Rajput in the popular TV show Pavitra Rishta, recently asked a fan to take down a video from the late actor’s funeral. She also schooled the fan, saying that sharing sensitive content is not an appropriate way to showcase love and support for the actor and his work. “What’s wrong with you? Stop posting such videos, they are very disturbing for all of us,” tweeted Ms Lokhande. Ankita Lokhande, who dated Sushant Singh Rajput for six years, requested the fan to remove the video – however, it still hasn’t been removed from the Twitter account of the fan. She added, “It’s a request to remove this video right now… We know you love him but this isn’t the way to show your support or love to him. Remove this video right now.”

Ankita Lokhande, who did not attend the late actor’s funeral, frequently remembers Sushant Singh Rajput by acknowledging his work. Just a day before the release of his last film Dil Bechara, Ankita Lokhande shared this picture on her Instagram profile and she wrote in the caption: “Keep smiling. Wherever you are.” The Manikarnika actress visited Sushant’s family at his Mumbai residence a few days after his death on June 14.

Ankita Lokhande, who made her debut in Bollywood with Kangana Ranaut’s 2019 period-drama Manikarnika: The Queen of Jhansi, became popular after she portrayed the role of Archana in the popular television show Pavitra Rishta.

Ankita Lokhande has also featured in TV shows such as Ek Thhi Naayka, Shakti – Astitva Ke Ehsaas Ki among others. She was last seen in Baaghi 3, which stars Tiger Shroff, Shraddha Kapoor and Riteish Deshmukh in pivotal roles.

Asaduddin Owaisi Slams Trinamool For Not Allowing His Rally In Kolkata