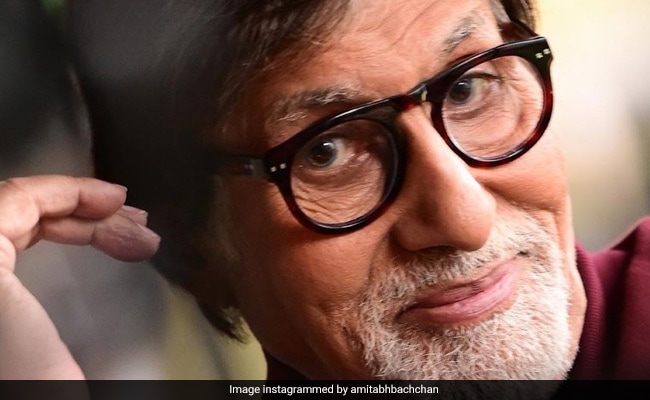 When Bollywood veteran Amitabh Bachchan isn’t busy with work, he delights his fans with posts from different facets of his life. The 77-year-old actor, who is busy with the shooting of the popular TV quiz show Kaun Banega Crorepati 12 in Mumbai, frequently shares posts from his work diaries. His latest post is not an exception. On Instagram, Big B shared a picture collage, featuring his uber-cool photographs and added a hilarious caption. “Unhone mujhse kaha, ‘Amit ji you are ignoring me.’ Mitr hain mere, socha uttar de dun, toh kaha maine, ‘Bhaiya 12-15 ghante kaam karne ke baad, keval snoring ka samay milta hai, ignoring ka nahi.” (A friend of mine said to me, ‘Amit ji you are ignoring me.’ So I thought of replying by telling him that after 12-15 hours of work, I only get the time to snore, not ignore).”

Big B began the week  by posting a car selfie and he wrote: “Chale hum bhaiya, kaam pe, pehne pangolin mask. Pandreh ghante kaam karna hai, yahi hai apna task (We are off to work, wearing a Pangolin mask. Have to work for 15 hours, that is our task).”

Amitabh Bachchan was last seen in Shoojit Sircar’s Gulabo Sitabo, co-starring Ayushmann Khurrana. The film released on Amazon Prime in June and it opened to largely positive reviews. The actor’s upcoming projects include Ayan Mukerji’s Brahmastra, co-starring Alia Bhatt and Ranbir Kapoor, and Chehre, alongside Emraan Hashmi. He will also be seen in the sports drama Jhund.