Amitabh Bachchan Reveals He Is A Big Fan Of This Film 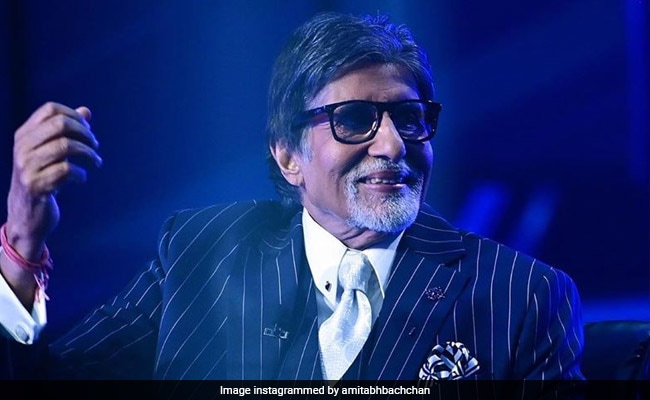 KBC 12: Amitabh Bachchan in a still from the show. (courtesy amitabhbachchan)

Monday’s episode of quiz show Kaun Banega Crorepati 12 began with contestant Saurabh Kumar Sahu from Badaun, Uttar Pradesh, who managed to play really well, until he lost the game at the Rs 50 lakh question. He initially earned Rs 25 lakh. However, he gave the wrong answer and went home with an amount of Rs 3, 20, 000. The second contestant to make it to the hot seat was Arpana Vyas, an assistant teacher from Madhya Pradesh. She will continue to play in Tuesday’s episode. The expert for tonight’s episode was author-poet Ashok Chakradhar, who was live from New Delhi for the episode.

During the game, an audio-visual question was asked, as a part of which, one of the contestant had to identify the name of the film, based on it. The clip happened to be from the 2017 film Bareilly Ki Barfi. After the contestant managed to answer the question correctly, the show’s host Big B revealed that he is a big fan of the film. He said that he “really liked” the film and its story. He added that he was very impressed with Kriti Sanon, Ayushmann Khurrana and Rajkummar Rao’s performances in the film.

Some of the questions asked in tonight’s episode were:

Which of these traditional games is played with a ball?

Who is the only Indian cricketer to score a century on his ODI debut?

Ram Vilas Paswan was elected to the Bihar legislative assembly for the first time in 1969 as a member of which party?

Which of these emperors was a contemporary of Alexander The Great?

Which of these branches of Mathematics is also called ‘Rekha Ganit’?

Which organisation has won the Nobel Peace Prize for 2020?

Who holds the record of serving as the Governor of a single state in India for the longest period of time?

Which city is the final destination of the Black Diamond Express that runs from Howrah Junction in West Bengal ?