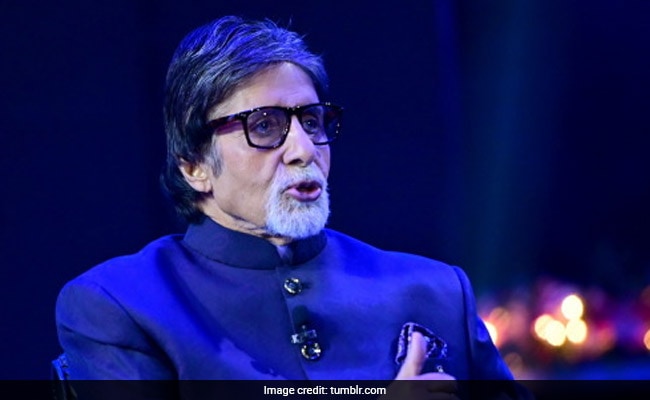 Tuesday’s episode of Kaun Banega Crorepati 12 was as emotional as it was fun-filled. Amitabh Bachchan began the episode with roll-over contestant Arpana Vyas, an assistant teacher from Madhya Pradesh, who went home with a prize money of Rs 12.5 lakh. Mr Bachchan had an emotional encounter with Arpana, who said is made fun of because of her speech difficulty. However, the next contestant – Rekha Rani, a 27-year-old Civil Services aspirant from Delhi – turned out to be the chattiest of all contestants of the season. “My nature is like Jhansi Ki Rani,” she told Mr Bachchan, who, on a lighter note, said he’s scared of her already.

Addressing the contestant’s father in the audience, Mr Bachchan said Rekha Rani has indeed left her “speechless.” When a question about Shah Rukh Khan came up, Rekha Rani said she’s a huge fan of the actor and that, as a kid, she really disliked Big B for being rude with Shah Rukh in some of their movies. Rekha Rani said she was angry with Big B for scolding Shah Rukh in Mohabbatein and for asking him to leave the house in Kabhi Khushi Kabhie Gham.

Mr Bachchan, in his signature sense of humour, tried to reason with her saying he was just playing onscreen characters in the movies. He then also hilariously said “I apologise” in mock anger and added that he would issue an apology to Shah Rukh as well.

Meanwhile, here are some of the questions from Tuesday’s episode of KBC:

# Which of these Goddesses is known as Vagishvari?

# Whose autobiography begins with the line: “I was born into a middle-class Tamil family in the island town of Rameswaram in the erstwhile Madras State.”

# Which flightless birds have heavy solid bones that act like a diver’s weight belt?

# Which cricketer has played the maximum number of IPL matches?

# In 1564, who among these died while protecting her kingdom Garha Katanga from the Mughal army?

# Where would you find the world’s largest residential palace?

# Which of these former Union ministers started his career as a computer engineer?

# Which of these is “rangoli” traditionally made during festivals?