Amitabh Bachchan Becomes A Marriage Counsellor For This Contestant 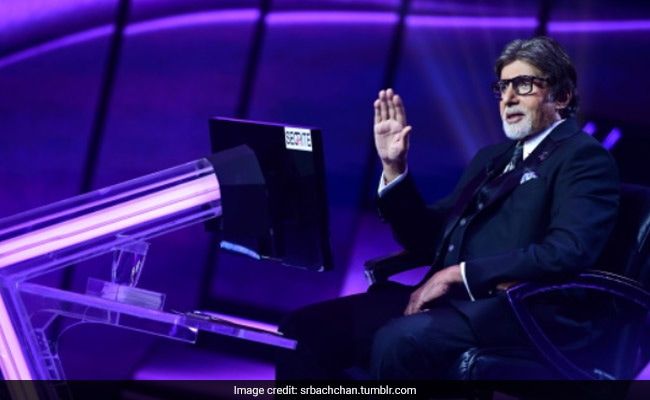 In tonight’s episode of Kaun Banega Crorepati 12, host Amitabh Bachchan continued the game with Police constable Jaswinder Singh. For those who haven’t seen the last episode, Mr Singh exhausted all of his lifelines before he reached at question number 12. After Jaswinder Singh won Rs12,50,000, he revealed that he participated in the show only after his father encouraged him to. For the next round, Big B asked Jaswinder Singh this question – Which king appointed professional European soldiers led by Jean-Baptiste Ventura and Jean-Francois Allard of Napoleon’s army, to modernise his army? Unable to answer the 13th question, Mr Singh decided to quit the show. The second contestant to make it to the hotseat was Abanti Mohanty Das from Orissa.

Before starting the game with Abanti Mohanty Das, Amitabh Bachchan teased her about her nickname – AB (Amitabh Bachchan’s initials are AB). He also asked her about her hobbies and when she discussed how her husband ignores her calls during his office hours, he even became a marriage counsellor for her. Abanti Mohanty Das won Rs 10,000 on the show.

Amitabh Bachchan welcomed the next contestant Tanisha Agarwal after second round of Fastest Finger First. She is an Income Tax Officer from Delhi. Tanisha revealed that she had missed her chance to be on the hotseat by just a few seconds in the past. During the show, Amitabh Bachchan, who recovered from COVID-19 in August, shared that because of a mango tree in his backyard, some bats keep entering his house (Jalsa).

Here are a few questions asked on tonight’s episode of Kaun Banega Crorepati 12:

#Which Indian Government mission brought back, by air, stranded Indians from abroad during the COVID-19 pandemic?

#What important lesson do we learn from the famous story in which a man asks his son to break a bundle of sticks?

#One of the twelve Jyotirlingas, which of these places is also known as “Baba Dham” or “Baidyanath Dham”?

#Which iconic painting of a woman holding a book, paddy sheaves, white cloth and a garland in her four hands, was made by Abanindranath Tagore?

#What number can be suffixed to each of these words – “Coolie”, “Hero”, “Aunty” and “Anari” – to get the titles of a number of Govinda films?