Amitabh Bachchan, 78 Today, Writes About His “Greatest Gift” From Fans 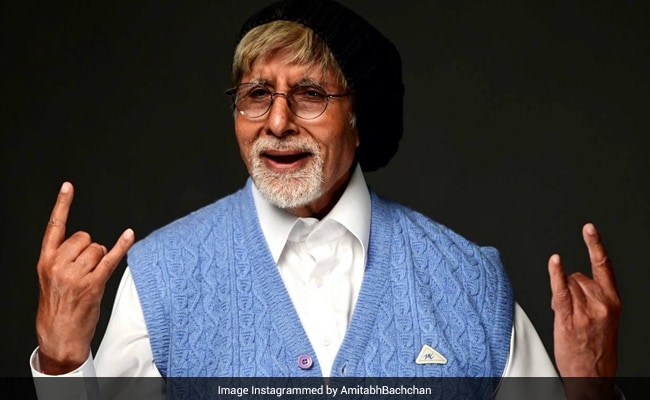 There is absolutely no denying the fact that Amitabh Bachchan is one of the most revered actors in Bollywood and the many birthday wishes on social media are a mere example. As the actor celebrates his 78th birthday, fans have bombarded social media with greetings for the Bollywood veteran. Big B, in his latest Instagram post, thanked his fans and well-wishers for their love and wrote about the “greatest gift” that he received from his fans. “Your generosity and love be the greatest gift for me for the 11th .. I cannot possibly ask for more,” wrote Amitabh Bachchan.

Amitabh Bachchan has been sharing updates from the sets of  Kaun Banega Crorepati 12 since the last few months. The actor, who recovered from COVID-19 in August, started working on the new season in May but he took a break after he was diagnosed with the coronavirus in July. He resumed the shoot last month and has been sharing glimpses of the new KBC set on social media since then.

The actor recently announced his next project. Amitabh Bachchan will reunite with his Piku and Aarakshan co-star Deepika Padukone. The film will also feature Baahubali star Prabhas. Big B announced his association with a tweet that read, “An honour and a privilege to be a part of this momentous and most ambitious venture .. and my greetings for the completion of 50 years for VyjayanthiFilms …May you celebrate another 50 .. and on.”

T 3685 – An honour and a privilege to be a part of this momentous & most ambitious venture .. and my greetings for the completion of 50 years for @VyjayanthiFilms .. may you celebrate another 50 .. and on !!#Prabhas@deepikapadukone@nagashwin7@AshwiniDuttCh@SwapnaDuttChpic.twitter.com/3G09uQfOAe

Amitabh Bachchan was last seen in Shoojit Sircar’s Gulabo Sitabo, co-starring Ayushmann Khurrana. The film released on Amazon Prime in June and it opened to largely positive reviews. The actor’s upcoming projects include Ayan Mukerji’s Brahmastra, co-starring Alia Bhatt and Ranbir Kapoor, and Chehre, alongside Emraan Hashmi. He will also be seen in the sports drama Jhund.