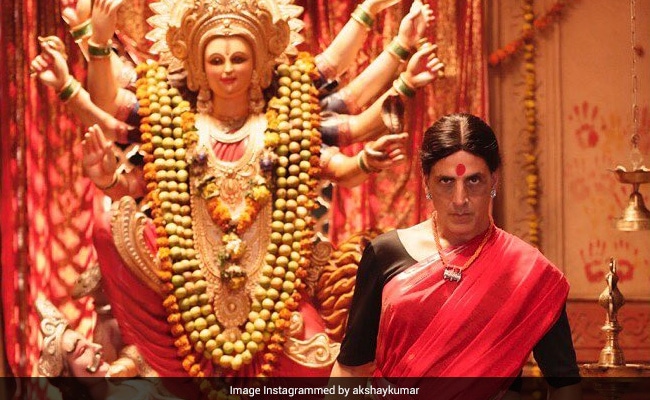 The title of Akshay Kumar’s upcoming film Laxmmi Bomb has now been changed to Laxmii. “New development: Laxmmi Bomb title changed. New title: Laxmii,” trade analyst Taran Adarsh confirmed the news on Thursday evening. It has been reported that the makers of the film changed the name of the film after several Hindu outfits protested against the title Laxmmi Bomb, alleging that it hurt religious sentiments and was an insult to Goddess Laxmi. Karni Sena had reportedly sent a legal notice to the makers of the film – directed by Raghava Lawrence – demanding a change in the title. According to several media reports, Laxmmi Bomb went for its censor certificate on Thursday and after a discussion with the Central Board of Film Certification (CBFC), the makers decided to change the title to Laxmii, in consideration of the sentiments of its viewers.

Laxmii is a Hindi remake of the 2011 Tamil film Kanchana that was also directed by Raghava Lawrence. Earlier, in an interview to news agency PTI, the director said that he changed the title from Kanchana to Laxmmi Bomb to “appeal” the Hindi audience. “Our Tamil film was named after the main lead character Kanchana. Kanchana means ‘gold’ which is a form of Lakshmi. Earlier I considered going the same way for the Hindi remake but we collectively decided that the name must appeal to the Hindi audience as well and what better than Laxmmi,” he told PTI.

Akshay Kumar plays the role of a man who is possessed by a transgender ghost in Laxmii. Earlier, speaking about his character in the film, Akshay Kumar told PTI: “In my career of 30 years, this is my most mentally intense role. It has been that tough. I’ve never experienced something like this before. The credit goes to my director, Lawrence sir. He introduced me to a version of myself which I didn’t know existed.”

Laxmii was supposed to release on May 22 but was delayed due to the coronavirus pandemic. The film will now release on Diwali (November 9) on Disney+Hotstar.