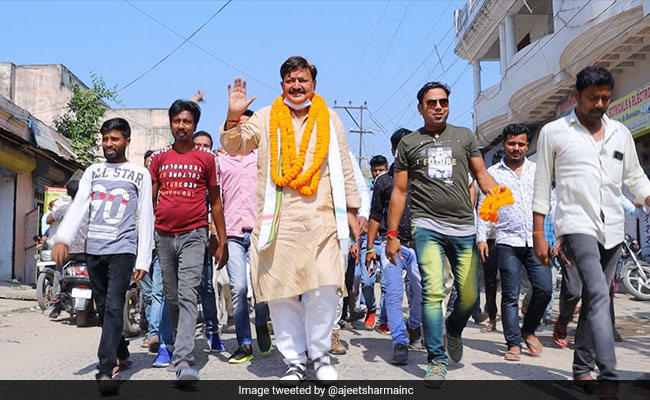 Ajeet Sharma is an MLA from Bihar’s Bhagalpur

The Congress on Friday declared its Bhagalpur MLA Ajeet Sharma as the leader of its legislature party in Bihar, while Rajesh Kumar Ram, who represents Kutumba, has been made the chief whip in the assembly.

The announcement was made jointly by Chhattisgarh Chief Minister Bhupesh Baghel and Avinash Pande, senior leader and chairman of the party’s screening committee for the recently-concluded assembly elections, at the BPCC headquarters in Patna.

The meeting to nominate the office bearers began before noon and continued till late in the evening with party workers owing allegiance to different factions often indulging in fist-fights and raising slogans against each other.

According to a release issued by the BPCC, Kasba MLA Afaque Alam has been made the deputy leader of the Congress Legislative Party and Anand Shankar Singh, who represents Aurangabad, has been made the treasurer.

Individual views of all the 19 newly-elected MLAs were sought before the same was conveyed to the national headquarters at New Delhi, it said.

The announcements were made following a telephonic approval from the party high command.