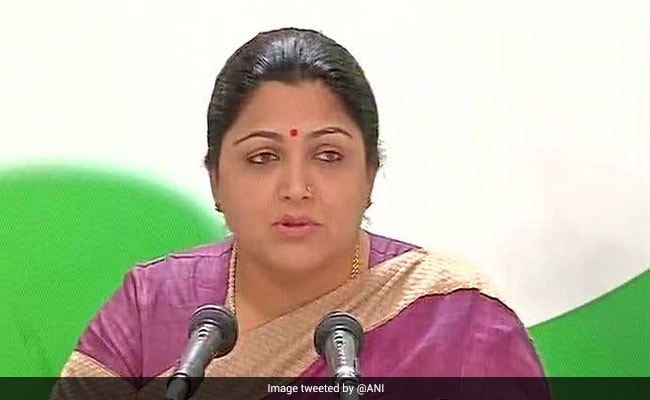 The AIADMK in Tamil Nadu has welcomed actor-politician Kushboo Sundar’s move to join the BJP.

The ruling AIADMK in Tamil Nadu on Monday welcomed actor-politician Kushboo Sundar joining its ally BJP, saying it is “a good and happy” move by her.

“It is a good thing. Kushboo joining our ally, the BJP is a good and happy step,” the Minister told reporters in Chennai, reacting to the popular actor joining the BJP.

Kushboo Sundar quit the Congress after a six-year long association with it and joined the BJP at the party headquarters in New Delhi in the presence of its leaders, including state unit chief L Murugan.

On BJP leader Pon Radhakrishanan saying that his party welcomed AIADMK naming Chief Minister K Palaniswami as the Chief Ministerial candidate of the ruling combine for 2021 assembly elections, Jayakumar said: “They are part of the AIADMK-led alliance (in Tamli Nadu) and they should accept it.”

The assembly elections are due during April-May next year in the state.