Ahead Of The Film’s Release, Ananya Panday Shares Pics From Her First Look Test As Pooja 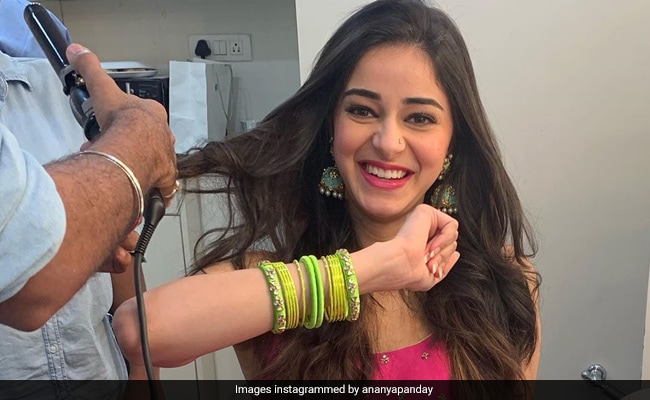 Ahead of the release of her film Khaali Peeli, Ananya Panday shared pictures from her first look test for her character Pooja. Ananya Panday co-stars with Ishaan Khatter in the film. The actress plays the role of a dancer who is hiding from her clients after she ran away with stolen money and jeweller. Sharing two pictures from her first look test, Ananya Panday wrote: “Pooja… throwback to the first look test and now the film is releasing in two days #2DaysToGo.” In the first photo, the actress can be seen sporting a white top and denim shorts while in the other picture, she can be seen wearing a traditional outfit, which she paired with bangles and earrings.

Khaali Peeli, directed by Maqbool Khan and co-produced by Bharat director Ali Abbas Zafar, will release on ZeePlex on October 2. In the film, Ishaan Khatter plays the role of a taxi driver named Blackie. Earlier this month, Ishaan also posed pictures from his first look test for the film and wrote: “Man, what a blast this one has been. Thank you, Maqbool Khan, for giving me one of my favourite characters so far. Been a year since we first began production on Khaali Peeli and things have really come back serendipitously in a full circle. Starting and ending on the same studio floor.”

The trailer of Khaali Peeli dropped on the Internet last week. In case you haven’t seen it yet, take a look now: