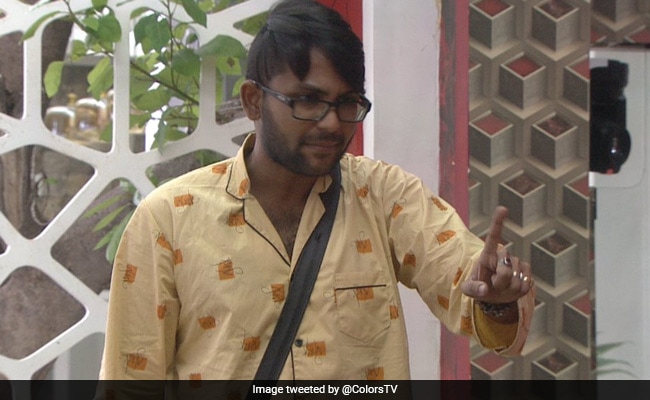 Bigg Boss 14 contestant Jaan Kumar Sanu, once again became the centre of unsolicited attention after Tuesday’s episode of the popular TV reality show aired. The singer, during his interaction with fellow Bigg Boss 14 contestant and friend Nikki Tamboli said that if she wishes to speak with him, then she shouldn’t speak in Marathi. Meanwhile, on Wednesday evening, Colors TV, the channel on which the show airs, issued an apology regarding the remarks made by the singer during Tuesday’s episode. “We at Colors apologise for the remarks in relation to Marathi language made on Bigg Boss episode aired on Tuesday 27th October. We had no intentions of hurting sentiments of the people of Maharashtra,” read the statement.

Jaan, son of veteran playback singer Kumar Sanu, occupied a spot on the list of trends earlier this week after fellow contestant and singer Rahul Vaidya nominated him for this week’s eviction, calling him a product of “nepotism.” While nominating Jaan, Rahul Vaidya said, “I would like to nominate Jaan Kumar Sanu because I hate nepotism. Whoever has come on the show, they’ve come on the basis of their hard work. Jaan is on the show because he’s someone’s son.”

Responding to Rahul’s “nepotism” remark, Jaan said, “I’m fortunate that my Mr Kumar Sanu is my father. Not everybody is that lucky. Unfortunate for you.” He later explained that his parents got separated when he was very young and that he has been raised by his mother.