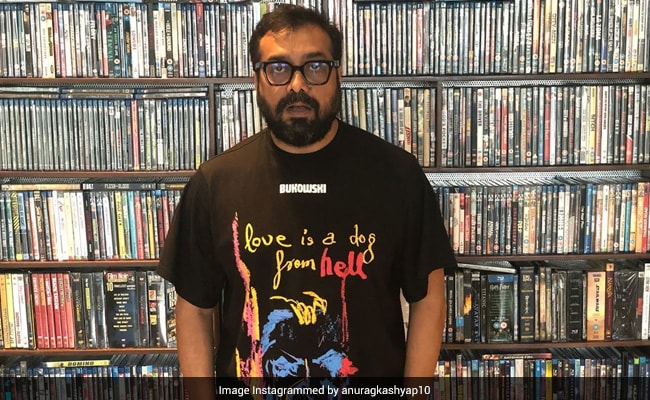 An actor, who had filed a case of rape against Anurag Kashyap last week, met Maharashtra Governor BS Koshyari today seeking action against the filmmaker. Mr Kashyap has dismissed the allegations, that he sexually harassed the actor in 2013, as “baseless”.

The actor was accompanied by Rajya Sabha MP Ramdas Athawale, who has backed her demand for the filmmaker’s arrest. “The governor has said he will speak with Maharashtra Home Minister Anil Deshmukh on the issue,” Mr Athawale told reporters after the half-an-hour meeting with the Governor.

On Monday, while addressing the media with Minister Athawale, the actor had said she is facing a threat to her life and demanded Y-plus security, which was recently extended to actor Kangana Ranaut after her comment comparing Mumbai with PoK started a row with leaders of Maharashtra’s ruling dispensation.

She had also questioned the “delay” in arresting Anurag Kashyap and said she would resort to a hunger strike if no action is taken.

“The Mumbai Police will be responsible if anything wrong happens to the actress, Mr Athawale has said, adding that he would write to Union Home Minister Amit Shah on the issue.

“My party will also give her protection. The Republican Party of India (A) will stage a protest if Anurag Kashyap is not arrested in seven days,” he warned.

Somebody random files a FIR against Saahil for questioning Maha Government’s work which is his democratic right and Shaahil is jailed immediately but #PayalGhosh has filed a FIR against #AnuragKashyap many days ago for rape but he is roaming free. Kya hai yeh sab @INCIndia ? https://t.co/B2S7VhlQDB

Ms Ranaut has often tweeted extending her support to the actor and had earlier said Mr Kashyap was “very much capable” of sexual assault.

Critically acclaimed Producer-Director Anurag Kashyap has maintained that the allegations against him  were an “attempt to silence” him, and simply undermine the seriousness of the #MeToo movement, which hit the film industry last year. He has received support from many in the film fraternity, including his ex-wife Kalki Koechlin, who told him to “hang on to that dignity”.

Asaduddin Owaisi Slams Trinamool For Not Allowing His Rally In Kolkata