According To Ishaan Khatter, This Is The “Real” Shahid Kapoor 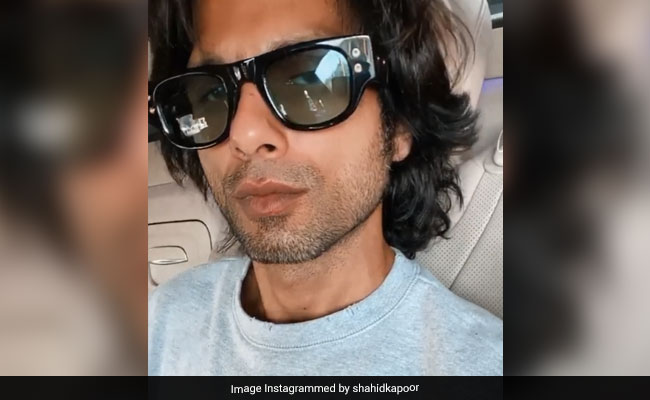 Shahid Kapoor in a still from his video (courtesy shahidkapoor)

Shahid Kapoor never fails to delight with his Instagram posts and he didn’t with his latest entry either. It’s just another video of Shahid being goofy in front of the camera, which, he said, was his current “mood.” Now, there’s one person who never fails to drop ROFL comments on Shahid’s posts and that would be his brother Ishaan Khatter. The Dhadak actor addressed Shahid in a comment and said that according to him, the goofy version of Shahid is the “real” deal: “This be the real you behind all those smouldering selfies,” wrote Ishaan. His comment is a hit with the Internet and has garnered over 2,000 ‘likes’ on Instagram.

Well, these are some of the many “smouldering selfies” Ishaan Khatter was talking about, which always send Shahid Kapoor’s fans into a tizzy.

Shahid Kapoor has a history of sharing goofy posts on his Instagram. Here’s when he posted one, also featuring wife Mira Rajput, for a glimpse of their quarantine shenanigans: “We grow wiser and more mature with each passing day in quarantine,” wrote Shahid.

Here’s when Shahid Kapoor reappeared on Instagram just say hi. “Which movie are you prepping for here?” Ishaan asked him.

In terms of work, Shahid Kapoor will next be seen in sports drama Jersey. Ishaan Khatter was last seen in Khaali Peeli, which opened to mixed reviews. Ishaan’s limited series A Suitable Boy will release on Netflix on October 23.