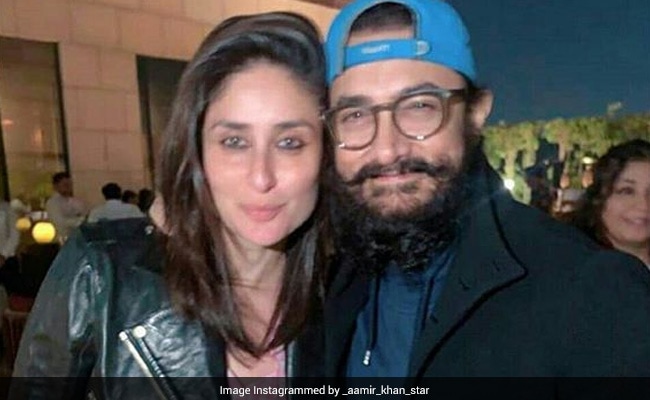 Kareena Kapoor, who is in her second trimester of pregnancy, wrapped her schedule of Laal Singh Chaddha on Thursday. On Instagram, dedicated a note to her co-star Aamir Khan and wrote: “And all journeys must come to an end.” Aamir, who plays the titular role in the Advait Chandan directed movie, responded to Kareena’s note with an ROFL post. Aamir Khan clearly doesn’t like endings and goodbyes as he jokingly said he’s devised an ROFL plan to keep working with Kareena. “What are you talking about Kareena? End of journey? No way! I’ve requested Advait to write a few more scenes for us, so we can continue shooting with you,” Aamir wrote for Kareena.

Earlier, Kareena wrote about completing the film with mixed emotions: “Today, I wrapped my film Laal Singh Chaddha… tough times… the pandemic, my pregnancy, nervousness but absolutely nothing could stop the passion with which we shot, with all safety measures of course.” For Aamir and the director, Kareena wrote: “Thank you Aamir and Advait Chandan for an intense yet poignant journey… thank you to my most wonderful team.”

Kareena Kapoor and Saif Ali Khan announced their second pregnancy in August. They are parents to son Taimur, who will turn four in December this year.

Laal Singh Chaddha is the Hindi remake of Tom Hanks’ Forrest Gump. The film is much awaited because it will be his first release after the box office debacle of Thugs Of Hindostan. Kareena and Aamir have previously co-starred in films such as 3 Idiots and Talaash.

Kareena Kapoor And Saif Ali Khan’s Loved Up Pic From Greece. Circa 2008

Mirzapur Season 2 Review: Fires On All Cylinders But In A More Controlled Manner

Coronavirus Vaccine: All Indians Have Right To Free Covid Vaccine