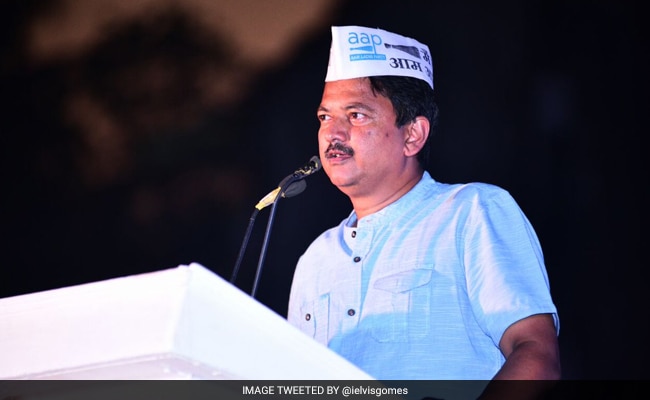 Former convenor of the Aam Aadmi Party’s (AAP) Goa unit Elvis Gomes today resigned from the party alleging that the local unit is being controlled by the Delhi lobby.

Mr Gomes said he decided to quit the party after the Delhi unit started controlling the affairs of the party in Goa, which local leaders had nurtured over the last several years.

The former bureaucrat, who was the AAP’s chief ministerial face during the 2017 state Assembly elections, said the party has deviated from its ideology in recent times.

He alleged that the party is not working in the interest of Goans, but instead decisions are taken by people sitting in Delhi.

“We don’t want to be controlled by the Delhi lobby,” he said.

The core group of the AAP Goa unit, which was working for the upcoming 2022 state Assembly elections, was completely side lined, he said, and urged party workers to be vigilant about the decisions taken by leaders.

Mr Gomes had stepped down from his post as the convenor of the party’s state unit in September, claiming that he would be working for the party at grassroots level in the state.