8-Foot Long Python Rescued From Back Of Car In Haryana 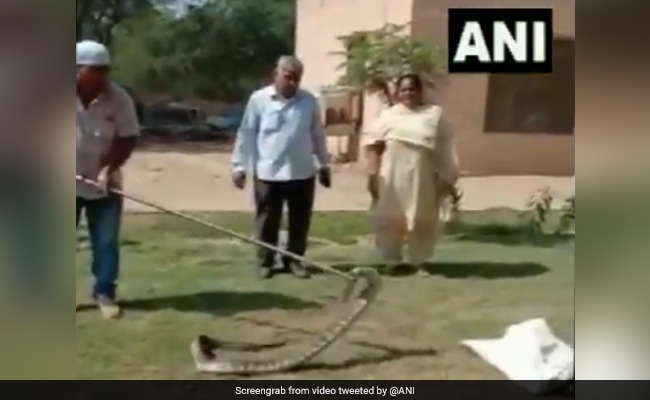 The python was later released in the deer park.

An 8-foot long python weighing around 30 kg was rescued by the Forest Department from a car in the auto market in Hissar, Haryana on Wednesday.

The forest department was informed by a worker in the Hissar’s auto market that a huge snake was spotted in the back of his car, said Rameshwar Das, Inspector, Forest Department.

The python was later released in the deer park.

“On receiving information, our team reached the spot and rescued the python. It was released in the deer park. The python weighing 25-30 kg was 8-foot long was in good health and shape,” he told ANI.