72 Per Cent Of Indian Americans Plan To Vote For Joe Biden, Says Survey 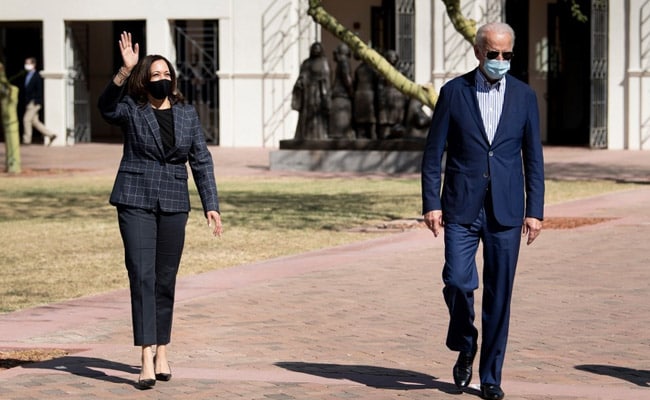 The data, based on responses from 936 Indian Americans surveyed online in the first 20 days of September, also says “in line with past studies… members of the community continue to strongly identify with the Democratic Party”; 56 per cent of respondents said they identified as a Democrat, while only 15 per cent saw themselves as Republican.

Indian Americans also, the report adds, do not consider the US-India relationship to be a big factor in their voting decision – something that is likely to run against President Donald Trump, who has stressed on his close ties with Prime Minister Narendra Modi and claimed “great support from India” in a bid to win over the community.

In any case, according to the survey, most Indian Americans believe the Democrats do a better job of managing US-India ties.

In August Ms Harris, a junior senator from California, made headlines across India after talking about her mother (Shyamala Gopalan) and mentioning her fondness for idli and masala dosa.

The Indian American vote is squarely in the spotlight, even though the community represents less than one per cent of registered US voters, but, according to the authors of the report, “the big takeaway is that there is scant evidence for… popular narratives (that indicate) widespread defection of Democratic voters toward Trump”.

“There is little evidence of a significant evolution in partisan allegiances since 2016. The vast majority (91 per cent) of Indian Americans who voted for Democratic candidate Hillary Clinton in 2016 plan to support Biden in 2020,” the authors said.

Among the survey’s other findings is this interesting note – that although Indian Americans of all faiths prefer Mr Biden to Mr Trump, support for the Democrat candidate is significantly stronger from Muslims (82 per cent) than Hindus (67 per cent).

The Christian community, meanwhile, leans more toward Mr Trump, with 45 per cent of the respondents preferring the Republican as American President.as

The United States will vote for a new president – the first national election since the coronavirus pandemic swept the world – early next month. Early voting for the election has already begun and, according to reports by CNBC, these have “smashed” 2016 levels.

Hina Khan, Gauahar Khan And Siddharth Shukla Get Into An Ugly Fight