7 Harvard Dropouts Who Made It To The Top 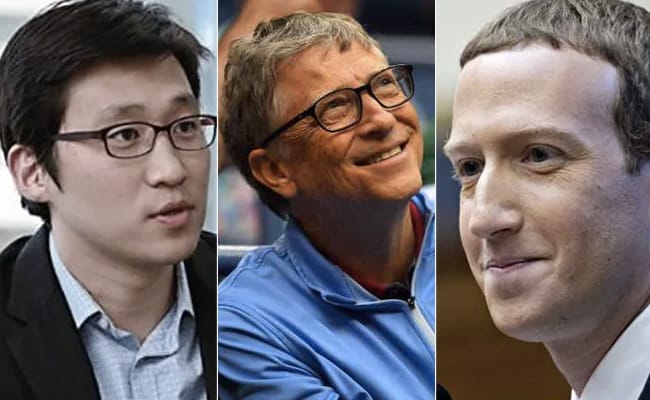 Korean-American businessman Bom Kim, 42, is joining the ranks of the world’s richest with the listing of his Coupang Inc. According to a Bloomberg report, the South Korean company –dubbed “Korea’s Amazon” — began trading in New York on Thursday. It is now valued at more than $84 billion, giving Mr Kim a stake worth $8.6 billion.

Born in South Korea, Bom Kim spent most of his formative years in the US. According to Forbes, he is a graduate of the prestigious Harvard University. He later attended Harvard Business School but dropped out after only six months.

While Harvard is considered to be one of the best universities in the world and boasts of a galaxy of famous alumni, the Ivy League school has also produced some of the world’s most well-known dropouts. Bom Kim is not the only famous personality to have dropped out of Harvard. Here is a look at six others:

Bill Gates dropped out of Harvard after two years to start Microsoft – the business that would make him a millionaire at 26, and then the world’s richest person – a title he held for several years. Mr Gates told Harvard students during an interactive session in 2018 that he wished he had been more sociable during his time at the university. “I wish I had gotten to know more people,” he said, according to CNBC. “I was just so into being good at the classes and taking lots of classes.”

Mark Zuckerberg attended Harvard between 2002 and 2004, studying psychology and computer science. It was here that he created the software for Facemash – a controversial website that allowed students select the best-looking person from a choice of photos. It was also in Harvard that Mark Zuckerberg launched “Thefacebook” (which was later renamed Facebook), before dropping out to focus on the project.

The Academy Award-winning American actor Matt Damon enrolled in Harvard as an English major but dropped out of the Ivy League institute just one semester before he could receive his degree. While at Harvard, Damon wrote an early treatment of the screenplay for Good Will Hunting, for which he later received an Oscar, according to Business Insider.

American author David Foster Wallace is best known for his 1996 novel Infinite Jest, but not many know that is another person who dropped out of Harvard. After graduating from the University of Arizona, Mr Wallace went on to study philosophy at Harvard, but dropped out after half a semester.

Poet Robert Frost attended Harvard University from 1897 to 1899, but did not earn a degree. He left the university voluntarily. “They could not make a student of me here, but they gave it their best,” Mr Frost reportedly said of his time at Harvard.

James Park is the co-founder and CEO of Fitbit. He started the activity tracker company Fitbit with Eric Friedman in 2007. Before that, he was enrolled as a computer science student at Harvard, but he dropped out in his junior year.

These are not the only famous dropouts that Harvard has produced. Let us know using the comments section whose work inspires you the most.