Barley is rich in proteins and fibre.

Trying to lose weight or not, it is important to feed our body with different foods to avail the optimal mix of nutrients. Other than putting in a variety of vegetables, lentils, legumes and fruits in our diet, it is a good idea to use different kinds of cereals as well. Barley, called ‘jau’ in Hindi, is prized for its high nutrient profile and its bounty of health-benefitting properties. The grain is rich in fibre, proteins and other nutrients, and is considered a good food for easy digestion and for managing diabetes.

Barley is commonly used to make beer and bread and is often used as a healthy rice alternative. Some people use barley to make stews and salads too. Barley water forms an important part of the everyday morning ritual of barley fans. Here we are providing you with some great ideas to include barley in your breakfast diet with some easy and familiar recipes.

Use broken barley or roasted barley flour instead of sooji to make upma. Flavour it the usual way by adding veggies and spices of your choice. Barley upma will taste just as good as your regular South Indian-special sooji upma.

(Also Read: 11 Best Barley Recipes You Can Try At Home) 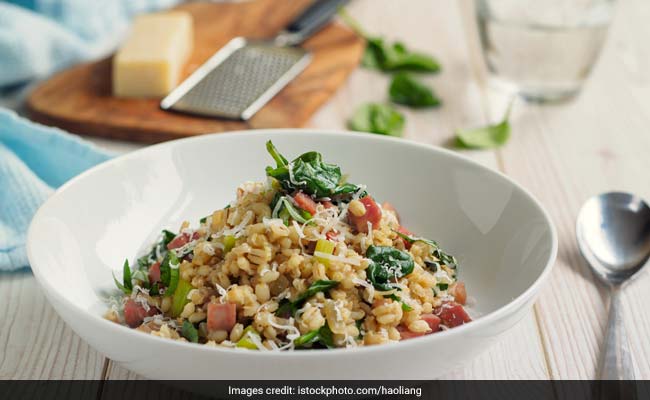 Barley can be used to make interesting breakfast recipes

Just like you cook oats, boil barley in water and add to a bowl of milk, honey, cinnamon, fruits, nuts and seeds. Boiled barley is mushy enough to be made into sweet and soothing oatmeal.

This savoury porridge is made with soaked and crushed barley mixed with boiled chickpeas, onions, garlic and some common spices. Remember to soak barley a night before. Click here for the full recipe.

Turn your favourite breakfast pancakes healthier by replacing all-purpose flour with barley and make the pancake batter as usual with milk, eggs, honey, baking powder and a pinch of salt. A topping of fruits or maple syrup will make it taste even better. 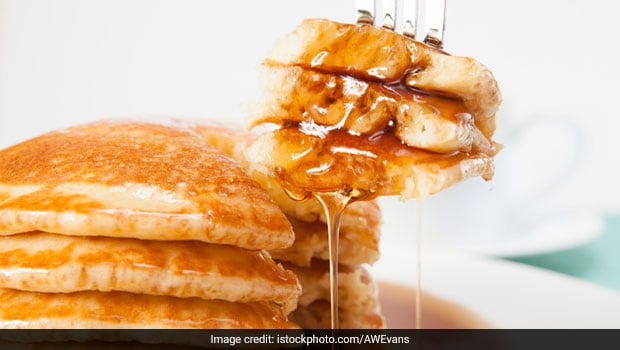 Barley flour can be used to make healthier pancakes.

Make this powerful morning drink by blending barley grass powder with milk/curd, water, honey and nuts. This protein-rich smoothie is perfect to kick-start the day.

These barley recipes are ideas for healthy morning meals rife with energy-giving and digestion-friendly nutrients. If you have more barley recipe ideas for breakfast, please share with us in the comments section below.

About Neha GroverLove for reading roused her writing instincts. Neha is guilty of having a deep-set fixation with anything caffeinated. When she is not pouring out her nest of thoughts onto the screen, you can see her reading while sipping on coffee.