1,000 Pilgrims To Be Allowed At Sabarimala Temple During Pilgrim Season 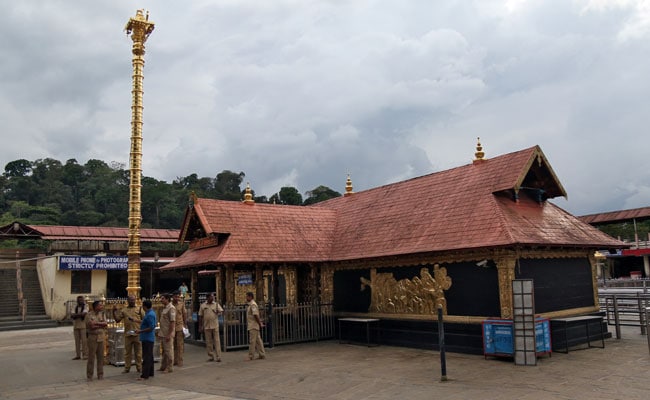 As many as 1,000 devotees will be allowed to offer prayers each day at the hill shrine of Lord Ayyappa when it opens for the two-month long pilgrim season from November 16, Chief Minister Pinarayi Vijayan said here on Thursday.

During holidays, and on the “Makaravilakku” day, more pilgrims may have to be allowed darshan, he told reporters.

With the temple all set to open for the Mandala Makaravillaku season, the government has made elaborate arrangements for the pilgrims in the backdrop of the COVID-19 pandemic, he said.

It would be mandatory for devotees planning to trek to the shrine to carry COVID-19 negative certificates and those deployed for duties at the temple will also have to produce them.

Mr Vijayan said if pilgrims from other states tested positive, they would be given all facilities for undergoing treatment in Kerala.

However, if they wished to return to their respective states, necessary arrangements would be made.

The Ayyappa temple had opened for devotees during the five day monthly pujas from October 17 after remaining shut for pilgrims for the past six months.